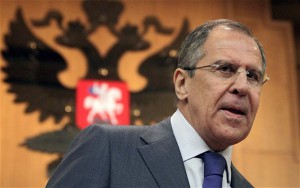 Russia is ready to supply weapons to Iraq, Foreign Minister Sergei Lavrov said on Thursday, as the country struggles to halt advances by Islamic State militants.

Speaking ahead of talks in Moscow between Russian President Vladimir Putin and Iraqi Prime Minister Haidar al-Abadi, Lavrov told reporters Moscow would make every effort to help the Baghdad government push back the militants.

Islamic State insurgents overran the Iraqi city of Ramadi last weekend in the most significant setback for the Baghdad government in a year, exposing the weakness of Iraq’s army and the limitations of US air strikes. On Thursday the group seized full control of Palmyra in neighbouring Syria.