You are here: Home / MidEastGulf / Russia ready to cooperate with ground forces fighting Daesh in Syria 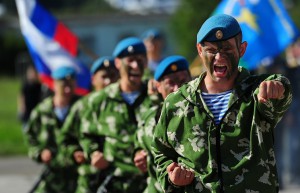 Russia is ready to cooperate with the forces that are fighting against Daesh militant group on the ground in Syria, Russian Foreign Minister Sergei Lavrov said Wednesday.

“Russia, which is participating in an anti-terror operation in Syria at the request of the Syrian government, is ready to cooperate with those who are fighting this threat on the ground,” Lavrov said.

He added that it was crucial to unite all forces fighting against terrorists in Syria.

Syria has been mired in civil war since 2011, with the government fighting several opposition factions and militant groups, including Daesh.

Since September 30, Russia has been carrying out airstrikes against Daesh, having outlawed it, at the request of Syrian President Bashar Assad.