You are here: Home / MidEastGulf / Russia ready to consider sending troops to Syria if Damascus asks 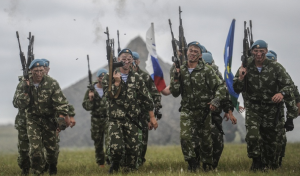 Russia would consider a request from Syria to send troops if Damascus asks for it, the Kremlin’s spokesman said on Friday.

“If there is a request (from Syria), then in the framework of a bilateral dialogue it would be, naturally, discussed and considered,” Dmitry Peskov told journalists on a conference call. “For now, it’s difficult to speak hypothetically.”

The Syrian military, which has lost ground to rebels recently in a four-year-old civil war, has begun using new types of air and ground weapons supplied by Russia, a Syrian military source told Reuters on Thursday.