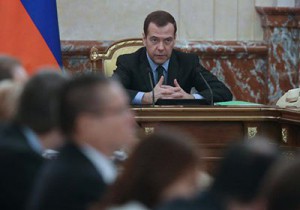 Asked about proposals by some Arab countries to enter the conflict under a US command, Medvedev said, “that would be bad because ground offensives usually lead to wars becoming permanent”.

“The Americans and our Arabic partners must think hard about this: do they want a permanent war?” he was quoted as telling the German Handelsblatt business daily in an interview.

“Do they really think they would win such a war very quickly? That’s impossible, especially in the Arabic world. There everyone is fighting against everyone… everything is far more complicated. It could take years or decades.”

“Why is that necessary?” he added, according to a pre-released excerpt from the daily’s Friday edition. “All sides must be forced to the negotiating table instead of sparking a new world war.”