You are here: Home / MidEastGulf / Russia is expanding its military naval base in Syria 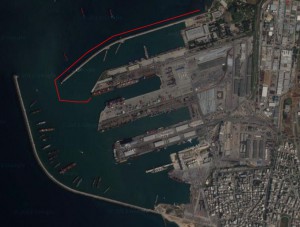 The Russian military is expanding its tiny naval facility at Tartus on the Syrian coast to handle bigger warships and transport vessels amid a general buildup of Russian forces in territory controlled by Syrian President Bashar Assad, the Kommersant newspaper reported Monday, citing military sources.

The news broke as Israeli Prime Minister Benjamin Netanyahu flew with his military and intelligence chiefs to Moscow on Monday to meet with President Vladimir Putin and discuss ways to prevent accidental clashes of Russian and Israeli forces operating in Syria.

Russia in recent weeks has wrong-footed Israel, the U.S. and Europe by beefing up its supply of military hardware to the Syrian government. News reports have alleged that Russia has deployed forces such as Su-30 fighter jets, tanks, armored vehicles and troops to a government-controlled airfield in Latakia.

To better sustain and supply both its own forces and the Syrian government’s, Russia has deployed some 1,700 military specialists to its small naval repair station at Tartus, 90 kilometers to the south of Latakia — a dramatic increase in personnel at a facility that until recently was staffed by a handful of military men and civilian contractors, Kommersant reported.

“They are outfitting and guarding the facility, and are restructuring the dock,” an unidentified soldier stationed at Tartus told Kommersant, adding that the specialists should be rotated out of Syria in three months.

This was confirmed by an unidentified source in Russia’s General Staff, the military’s highest command authority, Kommersant reported. The General Staff source said that the expansion of Tartus into a full-scale naval base was not connected with any imminent Russian intervention in Syria’s civil war.

Instead, after its expansion, “[Tartus] will simply be able to accommodate first- and second-rank ships from the Russian Mediterranean flotilla,” the source said, referring to the Russian designation for ships ranging in size from large cruisers to destroyers and large landing ships and transports.

This points to a two-pronged vision for the future of Russia’s Syrian naval outpost — currently Russia’s only pit-stop in the Mediterranean, said Dr. Theodore Karasik, a UAE-based military and geopolitical expert.

“The Russian port in Tartus, although small, is a main entry point for Russian equipment to support the Syrian government,” Karasik said. “[However], Russia seeks to expand Tartus not only because of the required throughput necessary to help the Syrian government, but also to increase Moscow’s presence in the eastern Mediterranean.”

As the destination of the so-called Syrian Express — a Russian naval supply route from the Black Sea Fleet headquarters in Sevastopol — Tartus has long served as a kind of beachhead for Russian arms and equipment deliveries to Syria.

Moscow has since 1956 supplied weapons to the Syrian government, and by 1991, the total value of Soviet arms deliveries to Damascus had reached $26 billion, according to Kommersant. Since the fall of the Soviet Union, arms sales have continued, though their value is unclear.

Tartus has been an entry point for Russian arms deliveries to Syria since 1971, when it was leased to Moscow, but the base was doubly significant for serving as a home away from home for the Soviet Mediterranean flotilla.

But this ended with the fall of the Soviet Union, when the Russian military was forced to retrench, and the 1990s saw the scale of operations at Tartus drastically diminish.

“It hasn’t been used much, nor has it been properly renovated,” said Yury Barmin, a Russian expert in the Middle East arms trade and politics. “Tartus can’t accommodate any of the major Russian warships, which is why upgrading it makes sense.”

By the start of the Syrian civil war in 2011, Tartus was manned by only a handful of Russian military servicemen and civilian contractors, and the single remaining floating dock could only receive the smallest of Russia’s ocean-going vessels.

Russia has been looking to rebuild its presence at Tartus since at least 2010, when the former head of the navy Vladimir Vysotsky unveiled plans to equip the facility to handle ships as big as Russia’s aircraft carrier the Admiral Kuznetsov.

That work was meant to be completed by 2012, and be carried out in two phases — first, establishing a military base, and then expanding the naval facilities. The breakout of the Syrian civil war stifled these plans, and only now that Russia is stepping up support for Assad’s regime have they been dusted off.

“The base would offer Russian military equipment easy access to Syria, because right now Russian landing ships primarily use the port at [nearby] Latakia, a province under constant rebel offensive,” Barmin said.

Russia’s decision to overhaul the Tartus facility and expand it into a naval base for larger vessels speaks not only to Moscow’s intention to provide significant levels of military aid to the Syrian government, but make good on its promise to project power into the Mediterranean.

In July, Russia announced updates to its national naval doctrine that called for a return to more frequent patrols and operations in areas such as the Mediterranean, where the Soviet Union once had a formidable presence.

But in order to support these operations, which will be conducted by the Black Sea Fleet out of Sevastopol, with occasional support from the Northern Fleet, Russia needs ports in the Mediterranean to dock ships for refueling and maintenance.

“Expanding the Tartus facility and turning it into a naval base would provide the Russian fleet with a logistical advantage sparing it constant trips back to the Black Sea through the Bosphorus,” Barmin said.

Although Tartus appears to be the primary focus, it isn’t the only place that Russia is looking to base its ships, Karasik said.

“Already, the Russian Defense Ministry is deep into making plans for other ports around the Mediterranean, notably in North Cyprus, but also maritime access in Egypt, in Libya under a new national government, Greece and perhaps Italy,” Karasik said.

“Clearly, the Kremlin seeks a maritime hub system in the Mediterranean, the Red Sea, and the Gulf of Oman,” Karasik added.