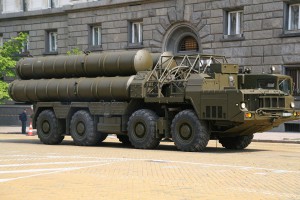 Speaking on the sidelines of the Russian Arms Expo 2015, Ryabkov said: “The negotiations are continuing, the contract will be signed in the near future. All political decisions have been made, there are no obstacles.”

Ryabkov pointed out that the new agreement includes a clause under which Iran will revoke the $4 billion lawsuit Iran filed against Russia’s state arms export agency Rosoboronexport in 2011 for the non-completion of the previous deal noting that the sequence of steps and dimensions of the new deal are commercial matters.

“The foreign ministry does not comment on such matters,” he added.

Russia and Iran signed an $800 million contract in 2007 for the supply for the S-300s to Iran. However, Russia cancelled the contract in the wake of UN sanctions.

In mid-April Russian President Vladimir Putin signed a decree to lift a ban on the supply of S-300 anti-aircraft missile systems to Iran.