You are here: Home / MidEastGulf / Russia increases attacks on Aleppo and Latakia districts 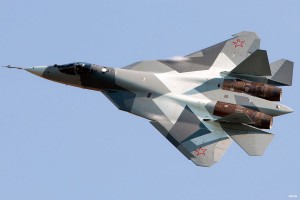 Russian aircraft have increased their strikes against the districts around Aleppo and Latakia in the north of Syria, Palestinian newspaper Al-Resalah reported. The strikes took place during clashes between forces loyal to the Bashar Al-Assad regime and Syrian opposition groups.

According to Al-Jazeera correspondent in Latakia Suhaib Al-Khalaf, the Russian air force and regime artillery targeted the areas in question simultaneously. The Assad forces attempted to advance from the side of Al-Nabi Younis mountain towards the areas controlled by the opposition ahead of encircling the city of Salma, explained Al-Khalaf. It is the most prominent stronghold of the opposition.

Meanwhile, a Turkman official said that Russian warships stationed in the Mediterranean targeted the area where the Russian jet fighter brought down by Turkey earlier this week crashed. Local sources reported casualties among civilians and said that a neighbourhood in the village of Attirah was completely destroyed.

The sources reported concerns that Russian and Assad regime missiles could hit the border between Syria and Turkey, which is densely populated. The number of people living along the border has increased due to the internal displacement of Syrians.