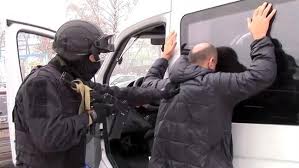 Russia’s federal security service FSB and the Interior Ministry have detained 69 members of the international extremist organization Tabligi Jamaat (outlawed in Russia by the Supreme Court on May 7, 2009), the FSB’s public relations center has told TASS.

“The Federal Security Service and the Interior Ministry carried out a joint operation in the Moscow Region on November 14, 2017 to terminate unlawful activities by an underground chapter of the international extremist organization Tabligi Jamaat,” the FSB said.

The chapter was run by Central Asia-born ringleaders. Some Russian citizens were involved in its activity. The organization’s members had been taking various precautions and measures of resistance to the law enforcement agencies.

“A total of 69 members of the extremist organization, including its leaders, were detained, searches carried out and means of communication, extremist literature and electronic devices containing reports of the group’s unlawful activities confiscated,” the FSB said.

The Investigative Committee has opened a criminal case.

Last December the FSB said seven members of a Tabligi Jamaat cell run by foreign emissaries were detained in Moscow. Its members had been brainwashing and recruiting new members in Moscow and the Moscow Region. Other members of the same group were earlier detained in Kazan and Crimea.