You are here: Home / West Asia / Russia expressed its deep concerns over the growing presence of Daesh in Afghanistan 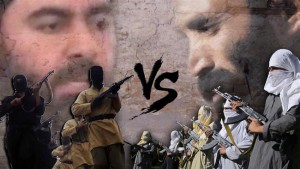 Special envoy for the Russian president for Afghanistan, Zamir Kabulov has said that nearly 10,000 Daesh fighters are currently fighting in Afghanistan and the number is growing.

The Ministry of Defense however said that the allegations do not hold any weight and security forces have considerably suppressed Daesh in Afghanistan.

He added that Daesh is not a big threat. “Daesh will be eliminated, wherever they rise up. We don’t have any concerns regarding Daesh,” he said.

A number of military experts lashed out at the government’s clearance offensives in a number of areas. They also blasted Washington for not delivering on its promises to equip Afghan security forces with modern weapons.

“My question for the Presidential Palace is why did the government end its military operations against the enemies in Kunduz and Badakhshan provinces? Don’t compromise the national interests, so that no Afghan will be killed at the hands of others,” said Mohammad Essa Dagar, a military analyst.

Gulajan Safi, another military analyst, said: “Once our army, police and National Directorate of Security (NDS) stand on their own, they can take the enemy out of Afghanistan. However, nothing has been done so far to strengthen our security forces.”

This comes at a time that the United States recently said it has destroyed the main base of Daesh in Afghanistan.