You are here: Home / Europe / Russia ‘exports’ more ISIS fighters than any other country 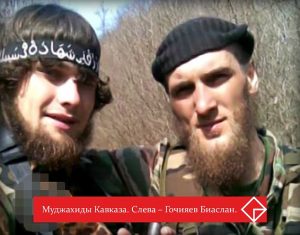 The assessment from D.C.-based security intelligence consultancy Soufan Group has revised the count of ISIS militants from Tunisia from 6,000 in 2015 to the current number of 2,920. By comparison, Russian nationals who have joined the ranks of the terror group have jumped from 2,400 in 2015 to a current number of approximately 3,417, like reported by foxnews.com.

Russian security officials long have been worried about the threat that returning Russian nationals could pose. ISIS even has an affiliate in the country’s North Caucasus region. The extremist group has killed over a dozen security forces in Chechnya in recent years.

Past ISIS terror plots in both Moscow and St.  Petersburg have been foiled by Russian intelligence officers, and their Air Force has been conducting an airstrike campaign against the terror group in Syria.

Soufan’s report also points out that the overall number of ISIS fighters from foreign lands has increased since its last count in 2015.

Since the end of 2015, “gateway” countries like Turkey have made greater efforts to stem the flow of jihadis to Iraq and Syria. As a result, “the flow of fighters came to a virtual standstill as the Islamic State began to lose its territory in both Syria and Iraq.”

A majority of those who traveled to both countries either have been killed, surrendered themselves to enemy forces or have returned home, which has presented security challenges across the West.

It’s likely that the numbers will not increase from current levels due to the heavy military presence and increased security around Iraq and Syria.

Some fighters have returned to their native countries. Russia has had 400 return and both Saudi Arabia and Tunisia have seen about 800 return. Nearly half of the 800 British nationals who left the United Kingdom to fight alongside ISIS since have returned.