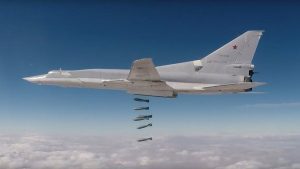 Russian airstrikes coupled with ground bombardments staged by the Syrian regime forces and Iranian militias were renewed on Saturday, striking different parts of northern and northwestern Syria. The attacks come at a time the health sector in the area is nearing total collapse, like reported by aawsat.com.

The health sector in Syria’s northwest has been strained by the increased number of war injuries and deaths as well as rising rates of coronavirus infections.

The Observatory added that Russian warplanes staged five air raids against the “Olive Branch” area in the countryside of Afrin northwest of Aleppo, which is under the control of the Turkish-backed forces.

The airstrikes targeted military points belonging to factions loyal to Turkey in the regions of Basofan and Basalhia in the Sherawa district, southwest of Afrin.

It is noteworthy that the number of Russian air raids has risen to 200 since the beginning of September, targeting de-escalation zones and the “Olive Branch” area north of and northwestern Syria.

On August 31, the Observatory reported that Russian warplanes had struck a camp belonging to the Sham Legion, a Syrian rebel group close to Turkey.

Russian air forces conducted five airstrikes in the villages of Askan and al-Julma south of Afrin.

These attacks were the first of their kind in terms of Russia attacking Olive Branch areas, which fall under Turkey’s control.

More so, the attacks resulted in five Sham Legion fighters getting wounded.