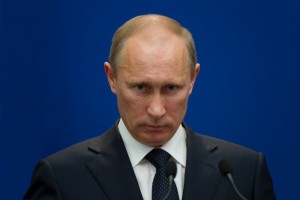 To overcome the tension created by the downing of a Russian bomber in Syria, Turkey must apologize for the deaths of two members of the military, and find and punish the guilty and compensate Russia, said an official source today.

As quoted by the news channel Russia 24, Moscow’s ambassador in Ankara, Andrei Karlov, said that if those three conditions are not met, anything the Turkish authorities say will have no effect.

Although Turkey is in favor of dialogue, it also makes statements that do not contribute to the rapprochement, he said.

Earlier, the president of the Russian Federal Council (Senate), Valentina Matvienko, warned that the Turkish side will only recover the Moscow’s trust after apologizing for shooting down the Su-24 that was carrying out an air raid against the Islamic State (IS) and other terrorist groups in Syria.

The attacker must take responsibility, said Matvienko to the television from Ashgabat, Turkmenistan, where she attended an international conference.

The Russian statesperson expressed confidence that the time will come when the Turkish authorities will carry out a relevant assessment of the incident and offer apologies to Russia.

However, the head of the Senate was clear on the warning that Russia can not forgive what happened without an adequate and appropriate reaction from Turkey, recalling the incident of the Su-24 over Syrian territory, which resulted in the deaths of two members of the Russian military.

Given that action, described by President Vladimir Putin of ‘backstab’ the Kremlin responded with the order of reinforcing the Russian air defense in Syria, and act decisively against any threat, besides establishing economic restrictions on bilateral ties.

For his part, the Turkish leader, Recep Tayyip Erdogan, expressed the desire to further develop the strategic cooperation as up until November 24th, so that the relationships return to what they were before, according to the ‘Daily News Hurriet’ newspaper.

The ruler, however, attributed the incident to ‘an error of the (Russian) pilots’, which, as he reiterated, ‘did not hear the warnings.’