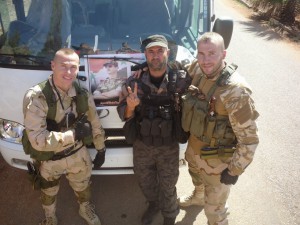 On Wednesday, Peskov refuted media reports about possible participation of Russian Armed Forces in airstrikes against the Islamic State (IS) terrorist organization. “You should not believe these media reports,” Peskov told journalists.

Several foreign media outlets reported earlier that Russian aviation may take part in carrying out airstrikes against IS positions in Syria. Reports said equipment has already been transferred to carry out the operation.