You are here: Home / West Asia / Russia concerned about gathering of IS military in Afghanistan, near Tajik, Turkmen borders 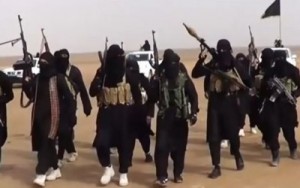 Russia is concerned about the mass of the Islamic State militants in northern Afghanistan, near the borders with Tajikistan and Turkmenistan, as well as the fact that their influence is growing in the country, said Deputy Defense Ministry of Russia Anatoly Antonov at the third meeting of the Defense Ministers of the Association of Southeast Asian Nations (ASEAN) and dialogue partners.

“Today 25-30 thousand foreign terrorists, militants, including the Asian-Pacific countries and, unfortunately, Russia are fighting alongside the Islamic State. If they return to homeland with the potential violence and extremism, then they will propogate radical ideas in our countries or will commit sabotage,” reports RIA Novosti citing the Deputy Defense Minister.

The Association of Southeast Asian Nations is a political and economic organisation of ten Southeast Asian countries. It was formed on 8 August 1967 by Indonesia, Malaysia, the Philippines, Singapore, and Thailand.