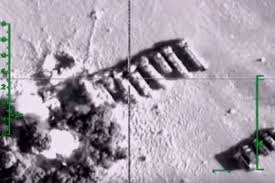 Russia is said to be working on a UN Security Council document that aims to clamp down on illegal oil trading with terrorist groups.

The country wants to enforce stricter implementation of Resolution 2199, introduced earlier this year, which condemns any trade with terrorist organisations such as Islamic State, Russian ambassador to the UN Vitaly Churkin has said.

The resolution provides a “veritable shopping list of crimes” in which IS participates, says the New York Times, from trafficking of arms, people, drugs and artefacts to illicit trade in oil and kidnapping for ransom.

The “large revenues” help IS maintain its territories, pay for training camps, fund the IS “propaganda machine” and provide salaries to fighters, says the newspaper.

But Churkin has told the Russian news agency RIA Novosti: “We are not happy with the way Resolution 2199, which was our initiative, is controlled and implemented.

“We want to toughen the whole procedure. We are already discussing the text with some colleagues and I must say that so far there is not a lot of contention being expressed.”

US ambassador Samantha Power told a news conference yesterday that it was a “shared objective”. The US is also focused on the need to stop IS from accessing funds “whether through oil sales or through moving money through the international financial system”, she said.

The news comes after Russian president Vladimir Putin accused Turkey of shooting down one of its warplanes on 24 November to protect Turkey’s secret oil trade with IS.

“Everyone must know that we are not that disreputable to make such a deal with terrorist organisations,” he said, promising to resign if Russia could prove its claim. He also suggested that Putin should step down if the allegations were untrue, reports CNN.

Following the downing of the plane near the Syrian border, Moscow has banned the import of certain Turkish goods, imposed travel restrictions on Russians travelling to Turkey and planned to stop some Turkish companies doing business in Russia.