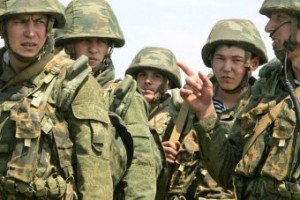 Russia has been building up its military presence in the central Syrian city of Hama, according to activists as well a report in the US media.

The pro-rebel All4Syria outlet reported Monday that Russian forces in the past week had established a base at the Equestrian Club in southeast Hama, with the Syrian Army’s crack 4th Division handing over its post to the Russians, who raised their flag over the building.

A field activist in the city told All4Syria that Hama has seen a noticeable increase in security measures after Russian troops were first deployed to hotels located along central Hama’s Orontes Square.

Roads around the area in the past week had been shut down for three days, according to the activist, as the 4th Division worked to empty its headquarters for its new Russian tenants.

The Hama Media Center, in turn, said that Russia had stationed over 1050 of its military personnel in the city of Hama itself, which is firmly under regime control, as well as outlying bases.

The report came as NBC News cited a senior US Defense Department official as saying that the “Russian military has been moving artillery and ground forces towards Hama.”

Russian military forces reportedly first began deploying in Hama on September 14, with an activist from Hama saying he had received “information about the arrival of a delegation consisting of Russian officers and experts accompanied by the [Syrian] Defense Minister Fahd Jassem al-Freij [Monday] at Hama’s Al-Nawair Hotel.”

“The Equestrian Club has become a barracks for Russian nationals,” an activist told the pro-rebel outlet.

The pro-regime Al-Watan newspaper also reported on the convoy, but insisted it had transported a consignment of the humanitarian aid that Russia claimed it flew into Latakia on September 12.

Hama Governor Ghassan Khalaf told the daily that 15 tons of aid had been trucked into Hama, including “various foodstuffs as well as kitchen utensils and equipment.”