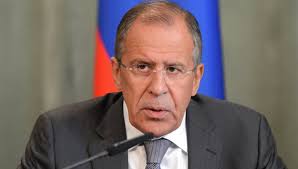 “Islamic State is our main enemy at the moment. If only because hundreds of Russian citizens, hundreds of Europeans, hundreds of Americans fight alongside IS,” he said in an interview with three radio stations. “They are already coming back… and to enjoy themselves could stage vile acts at home.”

Russia has criticized air strikes by a U.S.-led coalition against Islamic State positions in Syria and Iraq, and encouraged Washington to work with Syrian President Bashar al-Assad in the battle against IS.

“We are helping both Iraq and Syria, possibly more effectively than anyone else, by providing weapons to their armies and security forces,” Lavrov said, without giving details of the weapons.

Moscow faces an Islamist insurgency in the mainly Muslim North Caucasus region and President Vladimir Putin has warned that other countries could use radical Islam to try to weaken Russia.