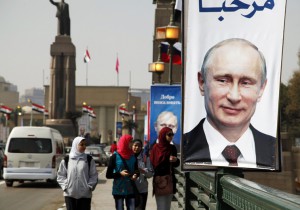 Russia and the Arab League support the creation of a broad coalition against terrorism under the auspice of the United Nations, Russian Foreign Minister Sergei Lavrov said here on Friday.

The remarks were made after the Russian-Arab Cooperation Forum in Moscow as the two sides issued a joint statement declaring support for Russian President Vladimir Putin‘s initiative on forming an anti-terrorist front on the universal international legal basis.

Lavrov noted it is their common position to launch an “uncompromising” campaign against “this absolute evil” by military means, and to combat the spread of the extremist ideology.

He also confirmed Moscow’s readiness to promote normalization of relations between the Arab League and Iran.

In the statement, the Arab League said it welcomes the Russia-U.S. agreement on ceasefire in Syria which is expected to take effect from 12:00 Damascus time (1000 GMT) on Saturday.

The Arab League is a regional organization comprising 22 states of the Middle East and Northern Africa which is aimed at promoting the interests of the Arab world.

The Russian-Arab Cooperation Forum was set up in 2009 to promote regional and global peace and security. Two previous meetings of the forum were held in Moscow and Qatar, respectively.