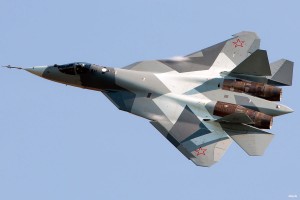 The Russian air force and its Israeli counterpart has started a joint training exercise in order to “ensure aviation safety in Syrian airspace”, the defence ministry in Moscow has revealed.

“The first stage of training has been held, focusing on coordination between the Aerospace Force of Russia and the Air Force of Israel with the aim of preventing dangerous incidents in the sky over the Syrian Arab Republic,” Russian Defence Ministry spokesman Major General Igor Konashenkov told reporters on Thursday. “Mutual information-sharing on aircraft activity has been organised using a hotline between the Russian air force command centre at the Hmeimim airbase and a command centre of Israel’s Air Force.” The second stage of training with “our Israeli colleagues” will take place on Friday, he added.

A spokesman for President Vladimir Putin said earlier that Moscow and Tel Aviv agreed during Prime Minister Benjamin Netanyahu’s last visit to Russia to launch a communication channel for the exchange of information about developments in Syria.

Israeli sources confirmed that Moscow had notified Tel Aviv before carrying out airstrikes in Syria.