You are here: Home / Senza categoria / Russia and Iran sign an intelligence pact 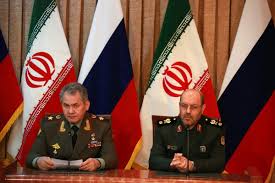 The Islamic Republic of Iran has experienced a number of serious counterintelligence failures over the years. Last month, Iran and Russia, a close ally of the Islamic regime, signed a pact that should assist it as it attempts to reform its counterintelligence, like reported by besacenter.org.

After al-Qaeda´s second in line, Abu Muhammad al-Masri, was assassinated allegedly by Israel’s Mossad in Tehran, I argued that the weakness of Iran´s counterintelligence was going to compel the regime to reform its counterintelligence. To do so, it was likely to turn to Russia and China.

Last month, in January 2021, Iranian FM Muhammad Javad Zarif made yet another visit to Moscow to meet with his counterpart, Sergey Lavrov. Zarif has traveled to Russia more than 30 times, illuminating the Islamic Republic’s great dependence on that country. What made his most recent visit significant was the signing by the countries of a security treaty.

Lavrov told Russian News Agency TASS: “We [Russia and Iran] have signed an intergovernmental agreement on cooperation in ensuring information security.” He did not provide further details. Iran, however, said via the Islamic Republic News Agency (IRNA) that the agreement involved collaboration with respect to “information, crimes committed by the use of information and communications technology, aids in technology, international cooperation, including reconnaissance, coordination, and necessary cooperation for regional and international communities to guarantee national and international security.”

While the agreement ostensibly aims to increase collaboration between the countries in the field of cyber security, the Tasnim News Agency, which has strong links to the IRGC, said, “The head of Iran’s Civil Defense Organization…unveiled plans for joint cooperation focusing on the exchange of intelligence, interaction against threats, and joint defense.” The Iranian Ministry of Foreign Affairs stated in a press release that Iran and Russia had signed an “Information Security Cooperation Pact” and that one of the objectives of the pact is the “strengthening [of] information security.”

The Iran-Russia pact is not a surprise. More than a year has passed since the killing of Soleimani and six months have gone by since al-Masri’s assassination. The Iranian intelligence organizations have had plenty of time to analyze their counterintelligence apparatus, confront its massive weaknesses, and present their findings to policy makers. There is no doubt that the recent killing of Fakhrizadeh, which was a massive embarrassment for the regime, intensified this process. This is especially true in view of the fact that the Iranian spy chief recently claimed in an interview that the Fakhrizadeh assassination was organized by a member of the Iranian armed forces—which, if true, indicates that Iranian intelligence and counterintelligence are not only poor but compromised. The regime needs help in these areas, and the Iran-Russia information security pact may be its best means of effecting needed reforms.