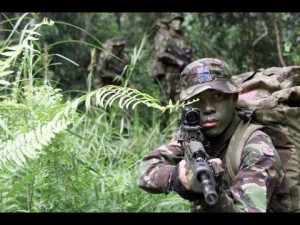 Gurkhas from Folkestone are beginning their preparations ahead of an eight month tour of duty in Kabul, Afghanistan.

Starting in April, more than 400 troops from the Folkestone base will begin their tour of duty.

Ahead of the tour, the soldiers have been taking part in training scenarios, which will see them take to Kent’s roads to practice driving Foxhound armoured vehicles, which are used on the streets of Kabul.

Their deployment is part of the government’s support to the Afghan government, with their mission primarily to protect Nato military and civilian advisers working in government ministries.

Lieutenant Colonel Jamie Murray is the commanding officer in charge of the deployment.

He said: “Our task, is essential to building a successful Afghan government. Gurkha soldiers have committed a lot to Afghanistan over the past fifteen years.

“This mission is about ensuring that our legacy is a successful government, run by Afghans. Our training over the coming months will be challenging and thorough, but we are all looking forward to the job ahead.”