You are here: Home / MidEastGulf / Rowhani confirms the existence of Iranian forces in Iraq 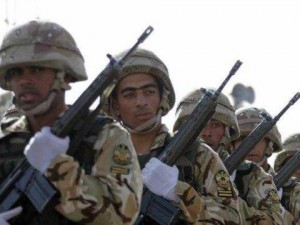 The Iranian President Hassan Rohani said that his country helped Iraq and Syria against terrorists at the request of their governments. While Amir Abdollahian , Iranian Deputy Foreign Minister denied the presence of troops or advisers to his country in Syria and Yemen.

Rowhani added, in a speech at the 35th anniversary of the outbreak of the Iran-Iraq war, that the Iranian army is the only able to conquer terrorism If transferred to another country in the region.

Rowhani noted that the largest armed force to fight ‘terrorism’ in the world is the Iranian armed forces.

This came in a speech at a military parade in the Iranian capital Tehran in the framework of ‘the activities of the Sacred Defense Week’, held each year with the anniversary of the start of the Iran-Iraq war, which broke out in the eighties of the last century.

At a news conference in Moscow on Tuesday, Abdollahian said that Syrian President , Bashar al-Assad will be a part of any political initiative for a political settlement to the crisis. He pointed out that Tehran had received a proposal from Assad on how to get out of the crisis.

Abdollahian added that his country and Russia should strengthen all possible to help solve the Syrian crisis, pointing out that the two countries will continue the dialogue with the Syrian opposition.