You are here: Home / Analysis / Role reversal in Lebanon

Major changes are afoot in relations between Lebanon and Syria, reversing the traditional subordination of Syria’s smaller neighbour 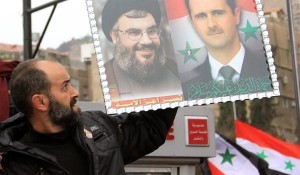 Ever since Lebanon’s independence, Syria has been the key player in Lebanese politics, often even dictating the name of the Lebanese president. Historically, Lebanon was part of what was known as Greater Syria, and the distance between Beirut and Lebanon is shorter than that between any other two Arab capitals.

The party that was formed around the call for a “united Syria,” the Syrian Social Nationalist Party (SSNP), was also born in Lebanon.

Syria has always been a major player in Lebanon, even when the Lebanese turned their sights towards other powers, among them Egypt during the rule of former Egyptian president Gamal Abdel-Nasser.

Geographical fate often enabled those who ruled in Damascus to compel the Lebanese to obey, with the instrument most ready to hand being the overland trade route linking Lebanon with the rest of the Levant and the Gulf as Lebanon is set between Syria and Occupied Palestine.

However, today the trade routes are once again closed by war, but Lebanon or some Lebanese have begun to exert a powerful influence in Syrian affairs while the role of the Syrian regime in Lebanon has greatly diminished.

Over the past five years Lebanon has been moving to the beat of the Syrian conflict, or the “Syrian poison” as the Lebanese writer Jihad Al-Zein has put it. For decades, Syria was at the centre of the political divide in Lebanon, with political outlooks shaped by whether those holding them were allies or adversaries of Damascus.

After the outbreak of the conflict in Syria, Damascus’s allies and adversaries in Lebanon barraged one another with curses and accusations, while also averting the slide into civil war in Lebanon.

More recently, the polarisation in Lebanon began to grow less acute as Lebanese political forces started to search for a way out of the standstill and to ignore the Syrian crisis. The movement started around the time that the tide of battle in Aleppo shifted in favour of the Syrian regime and its allies.

Reconciliation initiatives were started by Syria’s adversaries in Lebanon, such as the Lebanese Forces Party and the Future Movement, but Syria’s allies also heartily welcomed the overtures, which were also to their advantage.

The Lebanese have learned that regardless of how hard or long they fight each other, the nature of Lebanon is such that even if one side can defeat another politically or militarily it will be impossible to eliminate it.

The pro-Damascus camp in Lebanon led by the Shia group Hizbullah has been determined to meet the anti-Damascus camp halfway. The result was the consensus over the election of Michel Aoun as president of Lebanon and the designation of Future Movement leader Saad Al-Hariri as prime minister.

Nevertheless, a large portion of the anti-Damascus forces in Lebanon now stand to lose, and this loss will likely emanate from the country’s controversial electoral law. Most of the proposals for reforming this would lead to a decline in both the Druze and the Future Movement shares of parliamentary seats.

Lebanese Druze leader Walid Jumblatt has long been a fierce critic of Syrian President Bashar Al-Assad, and Sunni leader Saad Al-Hariri has been waging almost a personal feud against Al-Assad, whom he believes was responsible for the assassination of his father Rafiq Al-Hariri, a former Lebanese prime minister.

The most noticeable gain won by the anti-Syria camp in Lebanon over recent years has been the easing of the Syrian security grip over Lebanon which had persisted even after the withdrawal of the Syrian army following the assassination of Al-Hariri in 2005.

This grip had long been a major source of pressure on Lebanon’s political leaders, even those from the pro-Damascus camp. One manifestation of the recent relaxation of this grip was the stiff sentence handed down to former Lebanese minister Michel Samaha who in a video had revealed how he had planned and carried out assassinations and bombings on behalf of the Syrian regime.

The ruling signified that even Syria’s allies in Lebanon could no longer accept the intrusions of Syrian security agencies in their country.

Hizbullah, meanwhile, has rejected Turkish demands made during the recent talks in the Kazakh capital Astana that it withdraw its forces from Syria. Hizbullah has entrenched itself in Syria in a manner reminiscent of the former Syrian military presence in Lebanon, and it has no intention of shifting this position in the light of reports regarding Russian-Iranian disagreements over the ceasefire arrangements and political process in Syria.

More important than Hizbullah’s military role in Syria, which together with the Russian aerial intervention has been instrumental in turning the balance of forces on the ground in the Syrian regime’s favour, is the demographic change in Syria that is being engineered by Hizbullah and Iran.

This change appears to be more profound than that produced by the Shia in Lebanon during the civil war years. As a result of the latter change, Beirut was transformed from a predominantly Sunni to a predominantly Shia city.

According to reports, Hizbullah is now working to alter the demographic composition of the Syrian side of the Qalamoun region that straddles the Syrian-Lebanese border. This is strategically crucial to Hizbullah because it links Lebanon and Syria and Damascus with the Alawi majority region in Syria’s coastal mountains.

Western reports have spoken of transfers of Shia populations from Syria, Iraq and Lebanon to this region. The UK newspaper The Guardian, for example, has quoted a senior Lebanese political leader as saying that “Iran and the [Syrian] regime don’t want any Sunnis between Damascus and Homs and the Lebanese border… This represents a historic shift in populations.”

Labib Al-Nahhas, chief of foreign relations for the opposition Syrian Ahrar Al-Sham group who led the recent negotiations in Istanbul, said that Tehran was seeking to create areas in Syria and Lebanon that it could control.

The Guardian cited Al-Nahhas as saying that “Iran is very ready to make a full swap between the north and south. It wants a geographical continuation into Lebanon. Full sectarian segregation is at the heart of the Iranian project in Syria. It is looking for geographical zones that it can fully dominate and influence. This will have repercussions on the entire region.”

Arab League Secretary-General Ahmed Abul-Gheit has cautioned against the dangers of the demographic engineering being carried out in Syria, and a recent Arab foreign ministers meeting issued a resolution on the matter.

Iran and the Syrian regime are in a race against time in advance of the negotiations on the Syrian crisis set for Geneva on 20 February. They are determined to achieve their demographic designs even if the peace process leads to conditions that render the regime not only dominant militarily but also politically dominant enough to ensure elections that would re-establish the legitimacy of the regime.

Such a scenario would resemble how the Lebanese civil war also played out: The displacement of large numbers of people, demographic change and an eventual agreement that offered peace with unfulfilled rights to the defeated but that civilians and weary fighters accepted because any peace was thought to be better than the ravages of war.

Will the Syrians be able to live with such a scenario, even if grudgingly, as the Lebanese did after the Taif Agreement that ended the Lebanese civil war?

The Syrian conflict has been bloodier and the fighting further apart than was the case in the Lebanese civil war. The Syrians also have less experience of the art of politics than the Lebanese, and the Syrian regime, used to getting its way in Lebanon, is unlikely to relinquish much of what it used to control in Syria.

Ironically, the Syrians used to mock Lebanese weakness and criticise Lebanon’s political system. Today, one of the strongest military forces on the ground in Syria is Lebanese (Hizbullah), and some Syrians believe that the most they can dream of now is to attain a system of government like that which exists in Lebanon.