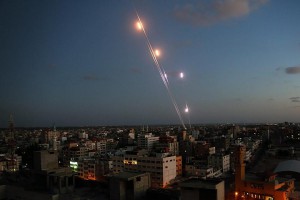 There were no reports of damage or injuries. The remnants of one rocket were found near the port city of Ashdod, about 20 km north of the Gaza Strip, an ambulance service spokesman said.

No group in the Gaza Strip had immediately taken responsibility for the firing.