You are here: Home / MidEastGulf / Rocket attack on US troops in Iraq 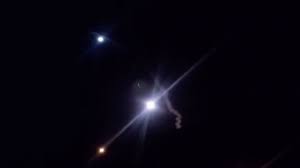 An Iran-backed armed group denied responsibility for a series of such attacks, like reported by anfenglish.com.

Iraqi government officials said the raid would serve as a “message” to deter future attacks, but late on Saturday more attacks were launched.

One rocket fired at the Green Zone landed near a house, wounding a child, according to the Iraqi military.

The rocket was launched from the Ali al-Saleh area of Baghdad and landed next to a house close to a local TV channel, a military statement said. The child suffered head injuries and the house was damaged.

Since October, US diplomats and troops across Iraq have been targeted by about three dozen rocket attacks that Washington has blamed on pro-Iranian armed factions.

On the night of 25 May, Iraqi anti-terrorist troops detained 14 members of the pro-Iranian radical group Hezbollah Brigade. Rocket launchers were seized in the operation. However, four days later, all but one of the arrested militias were released on grounds of “no evidence”. Authorities think such a detention operation is in itself a success.