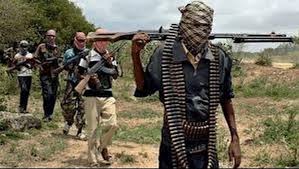 In-fighting broke out between Boko Haram militants after the ISIL group announced a new leader of its Nigerian affiliate, according to reports in the country’s remote Northeast.

But Shekau then insisted he was still in charge of the armed group, whose insurgency has killed at least 20,000 people since 2009 and forced more than 2.6 million from their homes, World Bulletin reported.

Sources in Northeast Nigeria now say there have been deadly skirmishes between the two factions, even as Nigeria’s military seeks to finally rout the militants in a sustained counter-offensive.

Last Thursday, several fighters from Shekau’s camp were said to have been killed in two separate gun battles with ISIL-backed Barnawi gunmen in the Monguno area of Borno state near Lake Chad.

Nigeria’s military declined to comment on the reported in-fighting when contacted by reporters.