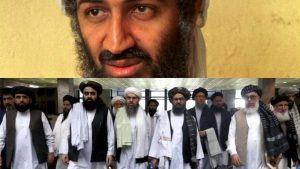 As the 20th anniversary of the 9/11 attacks and the deadline for the withdrawal of American troops from Afghanistan draws near, the region has been witnessing sudden adjustments. The Taliban have not only intensified assaults against the Afghan government forces and captured new territories but also began to demonstrate their regional ambitions to reduce Washington’s influence in Central and South Asia. As the US military has completed more than half of its withdrawal from Afghanistan, the Taliban believe that they defeated America after 20 years of grueling war. The Taliban leaders, who were driven by the latest military successes, began further setting their own conditions for the neighbors and stepping on the toes of Washington in order to prevent the establishment of a new US military base in Central Asia, like reported by moderndiplomacy.eu.

On May 26, the Taliban issued a statement warning Afghanistan’s neighbors not to allow the US to utilize their territory and airspace for any future military operations against them. The Sunni Islamist jihadi group cautioned that facilitating US military operations by neighboring countries in the future will be a “great historical mistake and a disgrace that shall forever be inscribed as a dark stain in history.” They further emphasized that the presence of foreign forces is “the root cause of insecurity and war in the region.” The insurgent group strictly warned without elaborating that “the people of Afghanistan will not remain idle in the face of such heinous and provocative acts”. At the end of the statement, they exerted political pressure on the Central Asian states, threatening that “if such a step is taken, then the responsibility for all the misfortunes and difficulties lies upon those who commit such mistakes.”

Given the past experience of US military presence in the region, the Taliban’s threatening appeal is most likely addressed to the governments of Kyrgyzstan, Uzbekistan and Tajikistan. After the 9/11 attacks the Kyrgyz, Tajik, and Uzbek governments hosted the American military to wage a campaign against the Taliban, Al Qaeda and their Salafi-Jihadi subsidiaries. But virtually every US military base in Central Asia was suddenly expelled when the personal interests of the regional authoritarian leaders have been infringed upon. Uzbekistan expelled the US base from Karshi-Khanabad amid strong political disagreements over a bloody 2005 crackdown on protesters in Andijan. The Dushanbe and Kulob airports in Tajikistan were used very briefly by the NATO forces. The US base at the Bishkek airport in Kyrgyzstan also was closed in 2014 under heavy Russian hands. It is no secret that following the expel of US military bases, some political leaders of Central Asia became skeptical of Washington, thus further perceiving it as an unreliable partner.

The Taliban’s warning to the Central Asian states is fully consistent with the strategic expectations of Al Qaeda, its loyal and faithful ideological partner in the global jihad, both of which jointly seek to push the US out not only from Afghanistan, but also from Central and Southeast Asia. Based on propaganda releases and the rhetoric on Telegram channels, the Central Asian Salafi-Jihadi groups which are linked to the Taliban and Al Qaeda, strongly supported the withdrawal of US forces from the region. Consequently, Uighur and Uzbek jihadists potentially see the Taliban and Al Qaeda as powerful parent organizations, whose resurgence in Afghanistan offers major advantages for their military and political strengthening. Unsurprisingly, Al Qaeda and Taliban aims to oust the US forces from the region, hence playing into the hands of Moscow and Beijing, considering that both unlikely to welcome an increased US military presence in their backyard.

Taliban leaders are well aware that the possible deployment of US military assets in Central Asia will impede their strategic goal in rebuilding the so-called Islamic Emirate of Afghanistan. Today Washington is actively working with nations surrounding Afghanistan on the deployment of its troops to support Afghan forces “over the horizon” after withdrawal from the country on September 11. The US air support for the Afghan military could thwart Taliban plans to quickly seize Kabul and force them to sit at the negotiating table with the Ashraf Ghani administration. The Taliban have consistently and clearly emphasized in their numerous public statements opposing the negotiation and power share with the Kabul regime. They consider themselves the only and undeniable military-political force that has the right to rule the country in accordance with Sharia law. The Taliban jihadists are determined to continue waging jihad until establishing the Islamic Emirate of Afghanistan, and their emir, Mullah Haibatullah Akhundzada, becomes the country’s “lawful ruler”.

On June 6, 2021, the Taliban once again appealed to Kyrgyzstan and Tajikistan “to resolve their border issues through a dialogue” and “seeking a logical solution that would benefit both sides.” Recall, during the two-day border conflict between the armed forces of the two post-Soviet countries at the end of April, more than 50 people were killed, hundreds were injured and thousands were forced to leave their homes. In its statement, the Taliban, called on Tajik and Kyrgyz leaders to value “the peace and security of their respective nations.” According to the local analysts, Taliban’s “peace-aiming appeal” looks like a mockery of the Afghan people suffering from their bloody jihad.

The question to be posed is what kind of leverage does the Taliban has with the Central Asian states to put pressure on them in preventing the possible deployment of new US military bases in the region?

The Taliban, an insurgent Islamist group that has yet to come to power, does not have any economic or political leverage over the former Soviet republics of Central Asia. But it is imperative to mention that the Taliban holds “soft power” tools, such as Central Asian Salafi-Jihadi terrorist groups affiliated with the Taliban and Al Qaeda. These groups challenged the region’s secular regimes, hence aiming to establish an Islamic Caliphate in the densely populated Fergana Valley, sandwiched between Kyrgyzstan, Uzbekistan and Tajikistan.

It is no secret that the Central Asian post-Soviet countries consider the Al Qaeda-linked Uzbek and Uighur Sunni Salafi-Jihadi groups hiding in Taliban-controlled Afghan soil as a threat to the security of the entire region. Recall, the first group of radical Islamists from Central Asia who found refuge in Afghanistan in the mid-90s was the Islamic Movement of Uzbekistan (IMU), which had close and trusting ties with both Al Qaeda and the Taliban. Currently, Uighur fighters of Turkestan Islamic Party (TIP) from China’s Xinjiang, Uzbek militant groups such as Katibat Imam al-Bukhari (KIB), Katibat Tawhid wal Jihad (KTJ), the Islamic Jihad Union (IJU) and Tajik militants of Jamaat Ansarullah (JA) wage jihad in Afghanistan under the Taliban’s umbrella.

The Taliban still strongly support Uzbek and Uighur jihadists despite the 2020 US-Taliban peace agreement that requires the Taliban to sever ties with Al Qaeda and all Central Asian terrorist groups.

In response to documentary evidence of the UN Security Council and the US Defense Intelligence Agency on the Taliban’s close-knit relationship with Al Qaeda and their failure to fulfill the obligation, the Taliban have adopted new tactics to publicly deny the presence of transnational terrorist groups in the country and their ties to them. The Taliban still insist that there are no foreign fighters in the country. But regular UN reports reveal the true face of the Taliban, who are trying to hide their deep network links with Al Qaeda and Central Asian Islamists — a decades-old relationship forged through common ideology and a history of joint jihad.

Thus, a recently released report by the UN Security Council’s Taliban Sanctions Monitoring Team confirms that there are “approximately between 8,000 and 10,000 foreign terrorist fighters from Central Asia, the North Caucasus and China’s Xinjiang in Afghanistan. Although the majority are affiliated foremost with the Taliban, many also support Al Qaeda.” The UN report stated that Uzbek and Uighur jihadists’ ties with the Taliban and Al Qaeda remain “strong and deep as a consequence of personal bonds of marriage and shared partnership in struggle, now cemented through second generational ties.” Further the UN monitoring team revealed Al Qaeda’s core strategy of “strategic patience,” according to which the group would wait for “a long period of time before it would seek to plan attacks against international targets again.”

According to the report, “several hundred Uighur jihadists of Turkestan Islamic Party (TIP) located primarily in Badakhshan and neighboring Afghan provinces, whose strategic goal is to establish an Islamic Uighur state in Xinjiang, China.” To achieve its goal, TIP facilitates the movement of fighters from Afghanistan and Syria to China. Abdul Haq al-Turkistani, who is a member of Al Qaeda’s Shura Majlis, leads the Syrian and Afghan branches of TIP for more than two decades. According to the UN monitoring group, “Uighur militant Hajji Furqan, the TIP’s deputy emir, is also a deputy leader of Al Qaeda and responsible for the recruitment of foreign fighters.” Such mixed appointments of group leaders highlight the close and deep ties between the troika: Taliban-Al Qaeda-TIP.

The UN report found more evidence of close cooperation between Uzbek IMU jihadists and the Taliban. The report stated that the “IMU fighters are currently based in Faryab, Sar-e Pol and Jowzjan provinces, where they dependent on the Taliban for money and weapons”. The UN monitoring team also highlighted the activities of Central Asian Salafi-Jihadi groups such as KIB, IJU and Jundullah, which are waging jihad in the northern Afghan provinces of Faryab and Kunduz under Taliban shelter and control. “The Taliban has forbidden these groups from launching independent operations, resulting in a reduction of their income.” In conclusion, UN analysts noted that pressure on the Taliban to cut their ties with Al Qaeda and Central Asian Salafi groups has not succeeded. Thus, the UN report once again refuted the Taliban’s assertion that Al Qaeda and Central Asian jihadists are not present in Afghanistan.

Thus, it can be assumed that while US military pressure persists, the Taliban’s tactics will continue to publicly deny their trust relationships and close ties with Al Qaeda, Central Asian jihadists, and other transnational terrorist groups in the country. But as long as the Taliban’s perception of its own level of influence and control in Afghanistan remains high, insurgents will continue to insist that they are abiding by the accord with the US.

The Taliban’s strategy is to build the foundation of their “soft power” through the patronage and protection of Al Qaeda and Central Asian Salafi-Jihadi groups in Afghanistan. Thus, in this complex process, not only material interests, but also common religious roots originating in the Hanafi school of Sunni Islamic theology and mutual sympathy for jihadist ideological visions might play a significant role.