You are here: Home / MidEastGulf / Returning jihadis: at luxurious rehab center, a Saudi cure for extremism 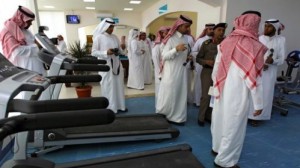 Believing that having a full life discourages extremism, Saudi psychologists, imams, and sociologists prepare former jihadists for their reintroduction to the outside world. The program claims to have a 88% success rate.

In several palm-shaded, private chalets, complete with air-conditioned sitting rooms and private pools, Saudi psychologists, imams, and sociologists help prepare the patients for their reintroduction to the outside world.

For some critics of this rehabilitation program, the level of treatment borders on the excessive, given who the patients are: former fighters for jihadist groups such as Al Qaeda and the Islamic State (IS).

While many Western and Arab states crack down on the hundreds of young men returning from fighting alongside jihadist groups in Syria, Saudi Arabia is preaching a different path. It welcomes them back home through a policy of rehabilitation and reintegration, and promoting its program as a model for other Arab states to replicate.

By contrast, prison terms in the US for membership in terrorist groups can reach life imprisonment. In Arab countries such as Jordan, teenagers have been sentenced to five years in prison for a mere Facebook post expressing support for IS.

Despite a royal decree late last year that imposed heavy penalties on IS members, Saudi authorities continue to hand down reduced sentences to returning jihadists – some as short as a year – with early releases for inmates vetted for the rehabilitation program. More than 3,700 remain in prison on terror charges awaiting rehabilitation.

The program stems from the beliefs among Saudi officials that the only true deterrent to extremism is for individuals to have a full life, and that jihadist ideology is a distortion of true Islam. In the treatment at the center and the “out-patient” services that follow, this theory is put into practice.

No common profile for extremism

In a three-month program, crafted and advocated by current Crown Prince and Interior Minister Mohammad bin Naif, Saudi officials transfer former jihadists from the kingdom’s five high-security correctional facilities who have completed their jail sentences to the care center on the outskirts of Riyadh.

The program employs a team of clerics, theologians, and shariah experts to correct “misconceptions” spread by jihadist ideology and guide patients to the “true path of Islam.”

Armed with dozens of hadiths, or sayings, from the prophet Mohammad and volumes on Islamic jurisprudence dating back to the 8th century, religious experts spend daily sessions with patients to debunk jihadist groups’ various claims.

Center psychologists say there is no one common profile for the young men drawn to extremism. Former jihadists come from backgrounds that are both poor and wealthy, religious and secular, from large families and from broken homes.

“There is no typical profile, no common factors we can point to that leads to extremism,” says Abdullah al-Garni, clinical psychologist and head of the center’s mental health division.

“But all have been misled and manipulated.”

Among the indulgent services available to patients are video games and saunas. Newly furnished private apartments adjoining the center are reserved for conjugal visits.

Center officials rebuke critics who accuse Saudi officials of “pampering” terrorists. “The center is these patients’ final step back into the world,” says Dr. Yahyah Abu Mugayadh, deputy director of the center. “They need to be able to lead what is close to a normal life before they can actually return to a normal life.”

Services do not end once the former jihadists step out from the center: For months and years after, physicians help them to complete university degrees, locate employment, and even marry.

“Once these young men have a family, have responsibilities, life becomes that much more precious to them,” Dr. al Garni said. “They think twice about risking everything.”

The center says it has the numbers to back it up. A stunning 88 per cent of the some 3,000 Saudis who have gone through the program have been successfully reintegrated into society, officials say.

However, 310 cases have “relapsed,” some of whom rejoined jihadist militias in Syria. Center officials say that social factors – such as an unsupportive family, or peers that support jihadist ideology – typically cause the relapse.

Out in the open

Yet the lavish facilities and perks serve a purpose greater than the rehabilitation of a few hundred young men, Saudi officials say. By encouraging jihadists to come forward, the officials say they aim to bring the issue of extremism out into the open in society.

“We need the entire society to work with us to combat and prevent extremism,” says Maj.-Gen. Mansour Turki, spokesman for the Saudi Interior Ministry. “A major part of that is to raise awareness – and let families and citizens know that there is another way.”

As part of its counter-terrorism strategy, Saudi officials work with families whose members have gone off to fight with various Islamist militias, actively encouraging them to break ranks with jihadists and return home.

Through phone calls and Skype chats, families encourage jihadists to make their way to Saudi Arabia’s borders – often without passports and only the clothes on their backs – to be picked up by Saudi intelligence services.

So far, 650 Saudis have returned from Syria over the past two years – many of whom had become disillusioned with jihadist infighting and the disregard for Islamic principles of warfare. They have flooded the kingdom’s detention centers with inmates ready for “re-education” and reintegration into Saudi society.

Amid rising fears of IS attacks at home, Saudi officials see this number as a major victory in its anti-terror campaign. “Rather than risking fighters, we bring them back and correct their extremist ideology,” Turki says. “It is a pre-emptive campaign to prevent attacks.”