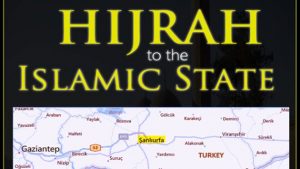 As Islamic State’ enclaves and boltholes shrink in Iraq and Syria, foreign fighters are fleeing back to their countries of origin or other states. Examining the practice of ‘hijrah’ (emigration) by Jemaah Islamiyah (JI) in the past could help authorities understand what lies ahead in the fight against the terrorists, like reported by eurasiareview.com.

When Singapore authorities commenced post-9/11 security operations against terrorist organisations, several Jemaah Islamiyah (JI) members fled Singapore and went into hiding in neighbouring countries to evade arrest. In JI circles, the action of fleeing to another country is known as hijrah. A further examination of the concept of hijrah as practised by JI pioneer generation would be instructive.

Abdullah Sungkar and Abu Bakar Bashir were JI pioneers who continued the struggle of the Darul Islam (DI) movement to establish an Islamic state in Indonesia. They opposed the idea of a secular state and refused to accept Suharto’s “Pancasila only” policy because it was deemed “the work of human and meaningless compared to the Quran”.

The Pioneers: Genesis of JI’s Hijrah

Sungkar and Bashir were both arrested and charged over their connections with DI and an armed group known as Komando Jihad. On 19 November 1978, both were sentenced to nine years’ imprisonment but the term was reduced to four years and they were released in 1982. Not long after their release, Bashir was accused of encouraging a series of bomb attacks that targeted Suharto’s New Order regime between 1984 and 1985.

In 1985 Indonesia’s Supreme Court acceded to the prosecutor’s appeal and reimposed the original nine-year sentence on Sungkar and Bashir. This forced the duo to perform hijrah to Malaysia to evade arrest and imprisonment. While in hiding, specifically in 1993, Sungkar formed JI and actively spread JI’s teachings in Malaysia and Singapore from 1989 to 1999.

The duo’s actions reflected JI’s understanding of hijrah as stated in the General Guidelines for the Struggle of Al Jamaah Al Islamiyah, better known by its acronym as PUPJI. The guidelines stress that hijrah is needed to build capacity and capability so as to prepare (I’dad) for the establishment of JI’s ‘Islamic state’.

As such, hijrah, based on JI’s practice, is not limited to physical emigration to an Islamic land. Sungkar and Bashir introduced two variations to the idea of hijrah. Firstly, hijrah was a tactic to avoid detection and arrest by the state. Secondly, hijrah was a “short-term retreat” to re-organise and re-strategise. These two variations can also be observed in the behaviour of later generations of JI.

Several Singapore JI members dodged arrest by settling in neighbouring countries following the launch of the security operation against JI in 2001-2002. One of them is JI pioneer member Abdul Rahim bin Abdul Rahman who received terrorist training by Al-Qaeda in Afghanistan. He was arrested in Malaysia in 2012, deported to Singapore, and issued with an Order of Detention (OD).

Another JI pioneer is Mas Selamat Kastari who fled Singapore in December 2001 and took refuge overseas. While in hiding, he plotted to hijack an aircraft and crash it into Changi Airport. Like Mas Selamat, Husaini bin Ismail was also a senior Singaporean JI member involved in several JI operations both before and after fleeing Singapore.

Before the crackdown leading to his arrest, he directed several JI members in reconnaissance work for the purpose of a terrorist attack. Husaini fled Singapore in December 2001 and was involved in the Changi Airport attack plot while on the run.

In May 2016 the United Nations Counter-Terrorism Committee stated that there were nearly 30,000 foreign fighters in the so-called caliphate. Many have since perished, but those who survived have three options. First, to remain in hiding in the desert areas in the Levant.

Second, to return to their respective countries of origin to continue the struggle there and mount attacks on behalf of IS. This is evident in the Marawi Siege in the Philippines. IS has also threatened to carry out attacks during the FIFA World Cup in Russia next year.

Finally – where hijrah is concerned – is to go into hiding in another country, consolidate resources, re-group and re-strategise. The potential end destinations for these individuals are plentiful. IS has established the official wilayat (provinces) in countries such as Yemen, the Sinai Peninsula, the North Caucasus and East Asia.

With the intensification of security operations against IS and IS-linked groups today, some returning IS fighters might well be doing what JI had done in the past: to remain underground and below the security radar until such time they are able to carry out terrorist operations to further their agenda. Identifying and neutralising these battle-hardened and well-trained fighters will therefore have to be a priority in the continuing fight against terrorism.