You are here: Home / Senza categoria / Republican candidate vows to stand with Israel against Iran 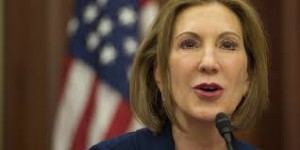 Presidential candidates from the US Republican Party participated on Wednesday night in their second televised debate ahead of November 2016 elections.

Candidates were splintered on how to deal with the Iranian nuclear agreement, with some promising to cancel it immediately if elected and others calling to monitor Iran’s behavior before taking action.

Arguing, “it’s not a strategy to tear up an agreement,” Bush advocated, instead, for improving US strategy and strengthening ties between the United States and Israel.

“The first thing that we need to do is to establish our commitment to Israel which has been altered by this administration,” Bush said. “And, make sure that they have the most sophisticated weapons to send a signal to Iran that we have Israel’s back. If we do that, it’s going to create a healthier deterrent effect than anything else I can think of.”

Fiorina came out even stronger in support of the Jewish state, promising her first phone call as president would be to Israeli Prime Minister Binyamin Netanyahu.

“On day one in the oval office, I will make two phone calls. The first to my good friend Bibi Netanyahu to reassure him we will stand with the State of Israel,” she vowed. “The second to the Supreme Leader.”

In her conversation with Iran’s supreme leader, Fiorina asserted, she would demand the Islamic Republic open up every military and nuclear facility “anytime, anywhere” for inspections by “our people, not his.”

Should Iran not agree, Fiorina promised to make Iran’s participation in global financial markets as “difficult as possible,” thereby showing every one of the US’ allies and adversaries that “America is back in the leadership business.”

Other hot button issues discussed in the debate were Iraq, funding to Planned Parenthood and immigration.