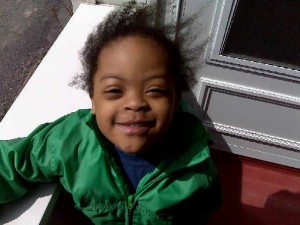 ISIL forces in Iraq and Syria are apparently following an oral religious decree calling for the extermination of newborn babies with Down’s Syndrome and other children with physical or mental disabilities. Apparently, the order was given by a Saudi “Judge” named Abu Said Aljazrawi.

First reported by Daily Mirror, this information is communicated by an Iraqi activist group known as the Mosul Eye and cannot be independently verified. Activists say they have confirmed the infanticide of 38 babies with congenital deformities and Down’s Syndrome aged between one week to three months old.

Apparently, for the moment they are focusing of children born of fighters. There have been reports of systematic rape and ethnic cleansing of non-Muslim groups, but this is the first report of infanticide against children with special needs.