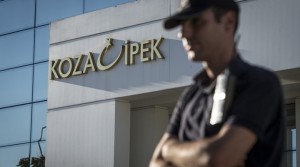 “We are deeply upset by the latest crackdown on opposition media,” said Reporters Without Border Eastern Europe and Central Asia Directory Johann Bihr, warning the government to “immediately cease this suppression of the opposition media and return back to democratic principles and international principles.”

RSF’s Bihr held President Recep Tayyip Erdoğan responsible for the media crackdown, pointing out that he has been increasing the pressure on the opposition media for years, particularly since his hopes for establishing one-man rule were dashed in the June 7th general election when his Justice and Development Party (AK Party) lost their electoral majority for the first time since coming to power in 2002.

Government whistleblower and Twitter phenomenon Fuat Avni had warned of such an imminent raid in a series of tweets posted last week.

“Having seen that the November 1st elections will also result in a hung parliament, [President Erdoğan] sees silencing all critical voices as his only way out,” tweeted Avni, “He has understood that if he doesn’t silence the opposition media he won’t be able to secure the increase in votes he had hoped for by [stoking] terrorism.” He went on the refer to a raid against the İpek Media Group as “imminent.”

Fuat Avni has been a thorn in the side of President Erdoğan and the Justice and Development Party’s (AK Party) for nearly two years now, having revealed many of their top secret plans. In December 2014 Fuat Avni wrote about preparations for an operation against critical media outlets which came true. Zaman daily Editor-in-Chief Ekrem Dumanlı and Samanyolu Broadcasting Group CEO Hidayet Karaca along with dozens of others were detained on December 14th.