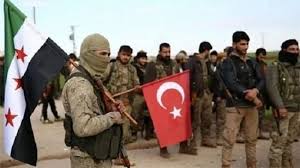 Hundreds of mercenaries are fighting in Libya, where the Turkey-backed Government of National Accord in the capital Tripoli has been locked in a nine-year conflict with Field Marshal Khalifa Haftar’s Libyan National Army in the east.

“To compensate for the return of mercenaries from Libya, nearly 200 fighters belonging to factions loyal to Turkey were secretly transferred from Syrian to Libyan territories,” the observatory said on Sunday.

Around 95 Turkish-backed mercenaries in Libya returned to Syria during the last few days. This happened after mediation efforts by leaders of their group, said the monitor.

The fighters allegedly paid $500 each to doctors in Libya to write reports stating that their health condition was deteriorating. They then gave the reports to their leaders who permitted their return. They stopped over in Turkey first, before returning to Syria.

The observatory said fighters who returned received only a quarter of their agreed monthly salaries, receiving $500 instead of their promised $2,000 a month, with some claiming they have not received their wages for more than five months.

The country plunged into chaos after a Nato-backed uprising in 2011 toppled longtime dictator Muammar Qaddafi. Since then, the country has been split between rival administrations in the east and west.

However, both sides represent unstable coalitions of different political, regional and armed factions with different militias wielding power across the country.

Fighting between them has calmed down in recent weeks after a ceasefire deal was agreed during talks in Tunisia late last year.

Since then, Libyan factions have engaged in UN-led political talks which have made progress towards an agreement on a new transitional government that will oversee the run-up to elections in December.

The UN chose 75 Libyan officials to participate in the talks that began in November.