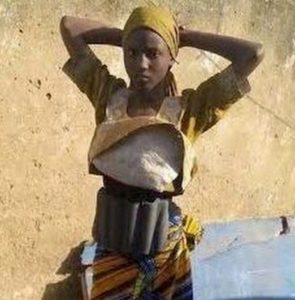 Suicide attacks remain one of the most effective tools available to terrorist organizations to achieve their objectives. Suicide attacks are for the most part particularly lethal and create a profound feeling of helplessness among the affected public, given that there presumably is no way to deter a person who is prepared to kill him or herself in order to harm his/her enemies. Therefore, suicide attacks help the organizations and groups that deploy the suicide bombers build an image of power that is far greater than their actual power, like reported by canadafreepress.com.

Every year the Terrorism and Low Intensity Conflict research program at the Institute of National Securities Studies (INSS) compiles data on the suicide attacks that were carried out during the calendar year and the emerging trends related to this phenomenon. In recent years, it has become increasingly difficult to monitor the data, particularly in areas of intense activity such as Iraq and Syria, where the Islamic State used suicide bombers in the ongoing fighting. For example, Islamic State spokesmen published data in their propaganda that quote a very high number of suicide bombers. For example, the official Islamic State’s media outlets proclaimed it was responsible for 771 suicide attacks in 2017 in Syria and Iraq alone. However, these figures were not verified by external sources, and therefore were not included in the summary that follows. Attacks counted here were verified by at least two different independent sources, and a coordinated suicide attack on multiple adjacent targets is counted as a single attack.

This year too, the Middle East remained the key arena in which most of the suicide attacks occurred. Nevertheless, there was a significant drop of about 54.5 percent in suicide attacks in the region in 2017, compared to 2016, from 298 to 135, and the number of perpetrators dropped by a similar ratio. The vast majority of the suicide attacks in the Middle East, about 103 (about 76.5 percent) were carried out by the Islamic State and its branches. The highest number of suicide attacks (about 64) was carried out in Iraq, followed by Syria (about 40). However, in both of these countries, as well as in Libya, there was a significant drop of about 50 percent in the number of suicide attacks in 2017 – a trend that may be attributed to the weakening of the Islamic State in these territories in late 2016. Additional suicide attacks were carried out in Yemen (11), Egypt (10), Lebanon (2), Saudi Arabia (2), and Turkey (1). For the first time, the Gaza Strip was the site of a suicide attack against non-Israelis, when an activist from the Salafi jihadist movement activated an explosive belt against Hamas forces who tried to arrest him at the Rafah border crossing.

Perhaps the most striking statistic this year is the increased involvement of females, including women, children, and teenage girls, in suicide attacks. This trend was evident in the previous two years, mainly in their deployment by the Boko Haram organization. In 2017, 137 women took part in 61 suicide attacks in 6 countries, compared to 77 women the previous year and 118 women in 2015. About 333 people were killed during these attacks. About 126 of the women (some 92 percent) who operated in Africa were in the service of the Boko Haram organization. There may have been additional cases of women being deployed as suicide bombers, mainly in Africa and in Iraq, that were not included in the report as a result of the reporting restrictions. For example, in June 2017, it was reported that during the battles to liberate Mosul in Iraq, the Islamic State increased its use of female suicide bombers and deployed about 38 female suicide bombers. However, according to our records, only about 7 female suicide bombers were deployed in Iraq in 2017.

Although no suicide attacks were carried out in Israel in 2017, 13 suicide attacks planned by the Palestinian terrorist organizations were thwarted – this according to the head of the Israel Security Agency during a meeting of the Knesset Foreign Affairs and Defense Committee.

In conclusion, in 2017 suicide attacks continued to constitute a deadly and efficient weapon in the hands of various terrorist organizations throughout the world. Despite the decline in the extent of the phenomenon relative to the previous year, suicide terrorism served as a weapon employed by paramilitary forces in their operations against state militaries, mainly but not only by Islamic State combatants, in addition to suicide attacks that various organizations carried out in cities throughout the world against non-combatant civilians.

The organizations that identify themselves as affiliated with the Salafi jihadist movement continue to constitute the main source behind the suicide bombers, which is still headed by Islamic State forces and its affiliates. With the military defeats suffered by the Islamic State in Iraq and in Syria and the loss of the caliphate’s territorial base, it appears that a further decline can be expected in the coming year in the number of suicide bombers who can be directly deployed. On the other hand, it appears that Islamic State affiliates will continue to deploy suicide bombers, and it remains to be seen to what extent they will be able to maintain the level of this terrorist activity next year – even without the assistance that the parent organization gave them when it controlled key cities in the heart of the Levant.

Given the advantages of this modus operandi in creating an image of power and the deterrent capability of its operators, maximum use will likely be made of suicide attacks during the coming year, according to the capability of the terrorist organizations affiliated with the Islamic State and al-Qaeda camps.