You are here: Home / West Asia / Report claims Islamic State has 30,000-jihadi base in India

A large number of people in India are ready to join the brutal terrorist group Islamic State (ISIS/ISIL) and wage jihad against their own country, the second most populous in the world, reports Zee News, citing unnamed sources. 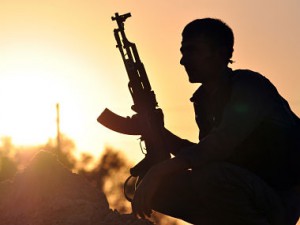 The sources reportedly revealed that “over 30,000 people in India are in contact with ISIS” and that “these 30,000 are ready to work for ISIS to wage war against their own country i.e. India.”

“ISIS is using these people to hack secret data of Indian government; the terror outfit will use the data to forge strategy to harm India,” notes the report. “ISIS contacted these people online. Now, cyber officials are keeping an eye to social media to curb these activities.”

ISIS announced the establishment of its Khorasan Province (ISIL-K) in January 2015. Khorasan is ancient name for a region that covers Afghanistan, Pakistan, Iran, parts of Hindu-controlled India, and other surrounding countries.

Earlier this month, ISIL-K was officially designated a foreign terrorist organization by the U.S. Department of State (DOS).

“ISIL-k announced its formation on January 10, 2015,” declares DOS, noting that the group is primarily based “in the Afghanistan/Pakistan region and is composed primarily of former members of Tehrik-e Taliban Pakistan and the Afghan Taliban.”

“The senior leadership of ISIL-K has pledged allegiance to Abu Bakr al-Baghdadi, the leader of ISIL. This pledge was accepted in late January 2015 and since then ISIL-K has carried out suicide bombings, small arms attacks and kidnappings in eastern Afghanistan against civilians and Afghan National Security and Defense Forces, and claimed responsibility for May 2015 attacks on civilians in Karachi, Pakistan,” it adds.

There is a train that connects the Pakistani city of Karachi with the Indian city of Jaipur.

Earlier this week, residents in Dudu, located in northwest India, discovered that their statue of Mahatma Gandhi had been vandalized with ISIS propaganda.

In recent months, the ISIS threat has reportedly grown in India.

Last week, Indian authorities arrested four young ISIS militants in New Delhi, accused of planning massive attacks on Republic Day (January 26), which commemorates the implementation of the Indian constitution in 1950 and the day in 1930 when the Indian National Congress declared independence from the United Kingdom.

A militia group known as Hindu Swabhiman claims that it has 15,000 fighters ready to combat ISIS,  reported the Times of India earlier this month.

If it does not take on ISIS now, the militia reportedly says it fears the jihadist group will occupy Indian territory by 2020.

Last September, over 1,000 Muslim leaders and scholars in India reportedly issued a fatwa (religious ruling) against ISIS as contrary to the true teachings of Islam.