You are here: Home / Mediterranean / Renewed tension between Morocco and Algeria over Western Sahara 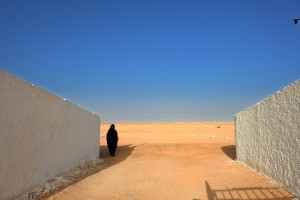 Senior politicians in Morocco and Algeria have ruled out concerns that the mounting tension between the two countries could escalate into war over the situation in Western Sahara. They have called instead for political initiatives to solve the dispute.

According to Morocco’s former Minister of State, Mohamed El-Yazghi, war is unacceptable. “Those who start it will defy the UN, which has safeguarded the ceasefire since 1971,” he told Quds Press. War would not, in any case, change the facts on the ground, he insisted. “Morocco has fortified itself and no one can remove it from the Sahara, so I do not think that anyone can change that.”

Asked about the possibility of an initiative to end the dispute between the two countries he explained that Morocco has proposed autonomy with broad powers in the southern provinces. “However, any initiative should start with convincing the separatists in the Polisario and Algeria that this is the right way and Morocco has nothing to offer.”

Yazghi regretted that Algeria did not develop its position towards the Western Sahara. “Morocco presented a political solution to the dispute with the Polisario after the proposal for a referendum failed and called for dialogue between the parties concerned in order to reach a political solution,” he added.