You are here: Home / Europe / Record number of children arrested for terrorism offences in UK 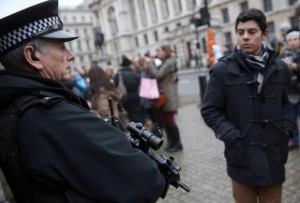 While the total number of terrorism-related arrests fell, 16 children aged under 18 were held in 2015, up from 10 the year before and the highest number ever recorded, according to figures from the Home Office (interior ministry).

Meanwhile 45 women were detained on suspicion of terrorism crimes – a 15 percent increase on the previous year – and a continuation of a recent upward trend.

“The overall fall in terrorism-related arrests was driven by a fall in the number of arrests for domestic terrorism, which decreased to 15 in the year ending December 2015 compared with 28 in the previous year,” the Home Office said.

Britain is on its second-highest threat level, meaning an attack is considered highly likely.

Earlier this month, Britain’s most senior anti-terrorism officer said Islamic State fighters wanted to carry out “enormous and spectacular” attacks against Britain and the Western lifestyle in general in repeats of last November’s Paris attacks which left 130 people dead.