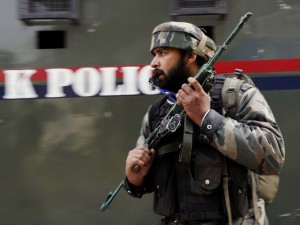 Regional police chief K. Rajendra said insurgents fired at sub-inspector Mohammed Altaf as he was leading an operation against a group of militants in northwestern Bandipora on Wednesday.

Altaf was “one of our most outstanding and expert officers in counterinsurgency,” Rajendra said.

Altaf was recruited as a constable in 1998 and was awarded the president’s gallantry medal. He earned several promotions for his formidable intelligence gathering skills and success in hunting down top rebel leaders.

Since 1989, militants have been fighting for Kashmir’s independence or a merger with Pakistan. More than 68,000 people have been killed in the violence. India blames Pakistan for funding and training the rebels, which Islamabad denies.