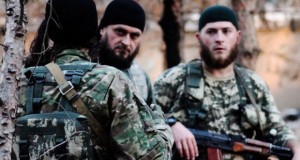 The radical group of Islamic State (ISIS) has promoted a number of foreign jihadists to leading positions in Syria’s northeastern Raqqa Governorate, to replace senior local jihadists, like reported by aranews.net.

The Islamic State named Abu Saraqeb al-Maghribi, a Moroccan, as Head of Security in Tabqa city in Raqqa Governorate, an informed source told ARA News, adding that al-Maghribi was promoted after the Syrian head of security in Tabqa was arrested by ISIS on corruption charges.

ISIS has also named an Egyptian, known as Abu Jandal al-Masri, as Chief of Information in Raqqa. Al-Masri replaced the Syrian jihadist Abu Ahmed al-Souri at the request of the ISIS supreme leader al-Baghdadi.

Furthermore, the group has replaced another Syrian official with an Algerian, called Abu Muhammad al-Jazrawi. Al-Jazrawi was named as Chief of Hisba –or Islamic Police.

ISIS has recently executed dozens of people, including its own militants, on charges of spying for hostile forces in Syria.

“The Islamic State tries to take some preventive steps in a bid to avoid any breaches in its security institutions in Raqqa [ISIS’ de facto capital],” al-Ali said.

“However, isolating Syrian jihadist leaders in this way may lead to a serious internal conflict within the group,” he told ARA News.

This comes amid an ongoing military campaign by the SDF, backed by an air cover from the US-led coalition, as part of the second phase of the Euphrates Wrath Operation for Raqqa. The SDF has so far captured over 1400 km² in western Raqqa within the second phase of the operation, that started on December 10. During the first phase of Euphrates Wrath, that was launched on November 6, the SDF captured roughly 560 km² of land in northern Raqqa.