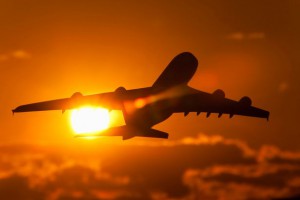 The RAF foiled an Islamic State terror plot to bomb four UK cities after intercepting suspicious chatter between commercial airline pilots, it has been claimed.

The suspected jihadists made references to attacks on London, Brighton, Bath and Ipswich in the days after the Paris massacre last November, it was reported.

The two pilots, who were leaving Amsterdam’s airport Schiphol for a Middle Eastern country, used coded language which made reference to pop music, the Sunday Express claims.

But it was reportedly cracked by GCHQ experts who believed the pair were planning to smuggle in explosives or chemical weapons.

The pair used the emergency ‘Mayday’ frequency to discuss their plans, it was reported.

The Ministry of Defence said today it would not comment on matters of national security.

The Government considered increasing the terror threat level in Britain to ‘critical’ from ‘severe’ in the wake of the attacks on the streets of Paris last November 13 which left 130 dead.

It also emerged last year that defence chiefs have drawn up plans to deploy more than 5,000 troops on the streets of the UK in the event of a terrorist attack.

It comes as France vowed to keep its state of emergency until a ‘total and global war’ against ISIS has been won.

Prime Minister Manuel Valls said the country would not relent in its high-security strategy, while also warning Europe’s migration crisis was putting EU countries at risk.

The measures give police more power to conduct raids and impose house arrests.

Mr Valls said: “As long as the threat is there, we must use all the means.

“In Africa, in the Middle East, in Asia we must eradicate, eliminate Daesh . It is a total and global war that we are facing with terrorism.”