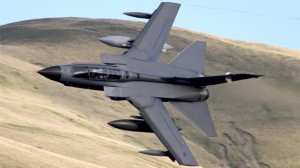 RAF Tornado fighter bombers have carried out an attack on dozens of Islamic State militants targeting Kurdish forces, the Ministry of Defence has said.

The MoD said more than 30 terrorists had been killed by a single British bomb as they attacked Kurds in northern Iraq. The RAF jets also destroyed mortar positions and a hit a terrorist vehicle with a Hellfire missile.