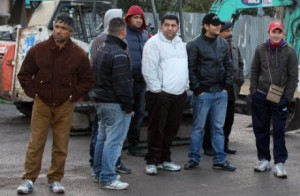 Some 12 million Roma in Europe “could be a target of radicalization” and there is a risk that they will end up in Syria as foreign fighters joining jihadists or other radical groups, Hungary’s Minister of Justice László Trócsányi said in Brussels at a conference on “criminal justice in response to radicalization”, euobserver.com reported.

In response to a query as to why a Roman Catholic Roma would opt to fight alongside radical jihadist groups in Syria, a Hungarian spokesperson said “because they are deprived people and they are usually more exposed to radical views”, according to euobserver.com. The spokesperson added, however, that the minister’s stance is “just a hypothesis”, which has not yet been fully explored, although it cannot be ignored.

Euobserver.com notes that Hungary has no known foreign fighters, while Austrians of Chechen background and Chechens that have been granted asylum in Austria began fighting in Syria after Russia launched attacks on the country. France has seen many foreign fighters and approximately 3,000 people in France face prosecution for their deeds, while 1,800 have links to Syria and Iraq, euobserver.com added.

Roma minorities are the most discriminated in Europe, euobserver.com reports. Hungarian Roma communities are segregated in schools, some having no access to water, and their life expectancy is shorter than the national average, euobserver adds. Approximately 700,000 Roma currently live in Hungary.