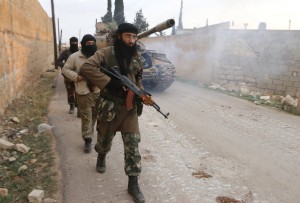 Al Qaida has significantly expanded its foothold in Yemen, using the chaos of civil wars to acquire territory and increase their influence, according to analysts, residents and intelligence officials.

The gains have helped the terror group’s affiliates become major players in the countries and have complicated efforts to resolve the conflicts. Al Qaida offshoots could also be gaining sanctuaries to eventually plan attacks against the United States and Europe, analysts say.

In Syria, Al Qaida’s wing, Jabhat Al Nusra, plays a leading role in a new rebel coalition that has captured key areas in the northwestern part of the country. In Yemen, Al Qaida in the Arabian Peninsula (AQAP) has seized parts of the country’s largest province, territory that includes military bases, an airfield and ports.

“Al Qaida is becoming more deeply entrenched in Syria, and it is gaining significant momentum in Yemen, and the global focus on Daesh has distracted from the expansion of this other radical, transnational group,” said Fawaz Gerges, professor of Middle Eastern politics at the London School of Economics.

Although there is little evidence that the two Al Qaida affiliates are collaborating, both are adopting similar strategies of expanding where they can in the shadows of more powerful insurgent groups, analysts say. At the same time, the two branches of Al Qaida are trying to position themselves as more palatable brands of radical Islam among citizens in Yemen and Syria who feel threatened by Al Houthis and Daesh.

Though US aircraft are targeting both affiliates, only AQAP is known to have carried out attacks against the West. Jabhat Al Nusra has concentrated most if not all of its energy on the Syrian civil war.

The militants in Syria and Yemen are avoiding the sort of brutality that has distinguished Daesh, which split from Al Qaida last year. The shift appears to be an attempt to win local support and avoid the kind of international military action that Daesh is facing, analysts say.

Al Qaida’s leaders “are attempting to operate under the radar as part of an adaptive strategy that they see as a way to compete with and outlast Daesh,” Gerges said.

A US-led coalition targeted Daesh after it captured a vast swath of territory in Iraq and Syria.

In Yemen, AQAP has quietly exploited a war between pro-government forces and Al Houthi militiamen to seize chunks of the southern Hadramout province, including its capital, Al Mukalla. AQAP fighters also are battling Al Houthis. further east in Bayda province, although they have not taken control of much territory there.

AQAP is perhaps Al Qaida’s most powerful affiliate, tied to several bomb plots aimed at the United States, including an unsuccessful effort to blow up a Detroit-bound plane in 2009.

In recent years, the Yemeni military had launched offensives against AQAP, often with the help of the United States. But the Yemeni army has split, with some units siding with Al Houthis. The remaining pro-government forces are focused on fighting Al Houthis, not AQAP.

The complex war in Yemen now also involves the Saudis, who have been bombing Yemen to try to drive back Al Houthis, whom they see as proxies of their rival, Iran.

AQAP took over Al Mukalla and surrounding areas without a fight. In the chaos after the fall of the Yemeni government in February and the start of the Saudi air war two months ago, military units in the area abandoned their positions, residents said. Yemen’s president, Abd Rabbo Mansour Hadi, fled to Saudi Arabia but is still recognized internationally as Yemen’s leader.

Residents of Al Mukalla say that AQAP’s militants have seized banks and gained control over the city’s town council, judiciary and nearby military installations, which hold battle tanks and heavy artillery.

The residents of Al Mukalla said AQAP has refrained from imposing strict interpretations of Islamic law, such as banning Arabic music and Western fashions, as the group did when it briefly established an “emirate” in the Yemeni province of Abyan in 2011. The following year, the Yemeni army expelled the AQAP militants with the help of US military advisers and drone strikes.

Katherine Zimmerman, an expert on AQAP at the American Enterprise Institute, said the group has gradually asserted control over parts of Yemen, such as Hadramout, where Al Houthi militiamen are not fighting. In other provinces, such as Bayda, AQAP militants are trying to win favor with locals by battling the insurgents, she said.

“What we’re seeing today in eastern Yemen is much more similar to what Jabhat Al Nusra is doing in Syria,” Zimmerman said, adding that it is “a safe assumption” that the affiliates are coordinating with Al Qaida’s senior leadership.