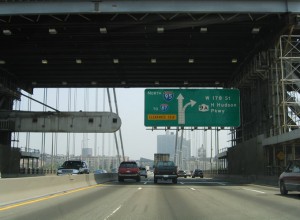 A college student in Queens is accused of planning a terror attack on New York City on behalf of the Islamic State of Iraq and Syria (ISIS).

Investigators said Saleh recently enrolled at a college in Queens that specializes in aeronautics and was taking a course in electrical circuitry.

According to court documents, the 20-year-old espoused jihadist beliefs online and openly supported ISIS activities via Twitter, including the Charlie Hebdo massacre in France, the burning to death of a Jordanian pilot and the beheading of a Japanese journalist. He also allegedly tweeted support for the terror attack in Garland, Texas in May.

Saleh landed on federal authorities’ radar after allegedly loitering on the George Washington Bridge on two consecutive days in March.

Investigators claim he also used his personal computer to search topics ranging from weapons and pressure cookers, to eluding police and disguises.

Additionally, Saleh is accused of offering to translate ISIS propaganda into English for dissemination.