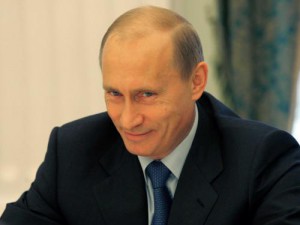 Russian President Vladimir Putin has asked his forces fighting against IS in Syria that he wants Abu Bakr al-Baghdadi, the group’s leader, alive.

The Middle-East Panorama website reports that Putin wants the dead body of al-Baghdadi displayed in case he is killed.

The website made the announcement referring to aware sources.

Russia has been pounding IS positions in Syria claiming heavy casualties to IS militants. Russian officials say that the airstrike will continue.

“We will not only continue strikes… We will also increase their intensity.” said Andrei Kartapolov from the Russian army.

Russia is also mulling to complete 150,000 soldiers in Syria in a bid to wipe out the Islamic State.

However, Turkey has condemned Russia violating its airspace to reach out to Syria to support Bashar al-Assad’s regime.

“We cannot endure it. Some steps that we do not desire are being taken. It is not suitable for Turkey to accept them. This is also beyond the principles of NATO.” He said.

A war of words has also begun between Russia and NATO over Moscow’s violation of Turkish airspace and its military intervention in Syria.