You are here: Home / Europe / Putin says he’ll conduct unilateral air strikes in Syria if the US won’t cooperate 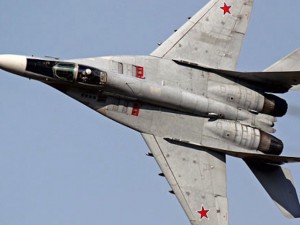 Russian President Vladimir Putin is preparing for unilateral air strikes against Islamic State in Syria if the United States rejects his proposal to join forces, Bloomberg reported on Wednesday, citing two people familiar with the matter.

Russia has increased its military presence inside Syria and its arms supplies to the Syrian army as it steps up support of longtime ally President Bashar al-Assad, drawing warnings of further destabilization from Western countries that oppose Assad.

A Russian diplomatic source told Reuters on Wednesday that Moscow sees a growing chance to reach international agreement on fighting terrorism in Syria and end the crisis that has stretched into its fifth year.

Bloomberg reported that Putin’s preferred course of action was for the U.S. government and its allies to agree to coordinate their campaign against Islamic State militants with Russia, Iran and the Syrian army. It cited a person close to the Kremlin and an adviser to the Defence Ministry in Moscow.

Bloomberg cited a third person as saying Putin’s proposal called for a “parallel track” of joint military action accompanied by a political transition away from Assad, a key U.S. demand. Russia has communicated the proposal to the United States, according to the news service.

But one source told Bloomberg that Putin was frustrated with U.S. reticence to respond and was ready to act alone in Syria if necessary.