You are here: Home / MidEastGulf / Putin says Assad is ready to share power with Syria’s opposition 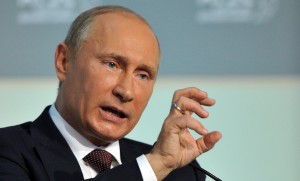 Putin emphasized that Russia supports the Syrian government. He promised to continue providing military and technical aid to Syria. The Russian President said it will be impossible to defeat the Islamic State without sustained efforts from the Syrian army.

“Russia, as you know, has proposed without delay to form a wide coalition to counter extremism. [The coalition] should unite everyone who is ready to contribute or is already contributing to the fight against terror,” said Putin.