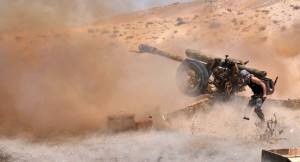 Syria has been mired in a civil war since 2011. The country’s government is fighting a number of rebel groups as well as extremist Islamist militant organizations, including the Nusra Front and the Islamic State.

Moscow has hosted two rounds of talks between the Syrian opposition and government authorities and has expressed its willingness to host a third round of intra-Syrian talks.