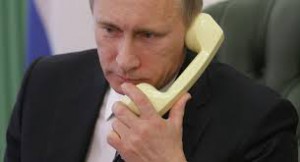 Russian President Vladimir Putin spoke to Saudi Arabia’s King Salman about finding a solution to the Syria crisis on Saturday (Sunday in Manila), just two days before he is due to address the United Nations on the issue, the Kremlin said.

In a telephone conversation at Russia’s behest, the two men “exchanged views on regional security matters, first and foremost, in the context of finding ways to settle the conflict in Syria,” a statement posted to the Kremlin’s website said.

They also discussed “building more effective international cooperation in the fight against the so-called Islamic State and other terrorist groups,” it said. A decades-long backer of the Damascus regime, Moscow has steadfastly supported President Bashar al-Assad throughout four-and-a-half years of war that has killed more than 240,000 people.