You are here: Home / Analysis / Preventing the next Islamic State 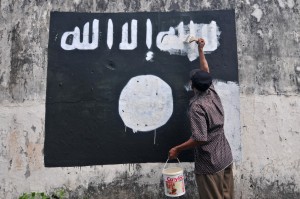 Past U.S. experiences in post-war Iraq and Afghanistan portend what could become of post-Islamic State Syria and Iraq

Even more important than devising strategies to militarily defeat the Islamic State is beginning the planning process for stabilizing and rebuilding the devastated cities, towns, and infrastructure of Islamic State-controlled territory

If there is one lesson from previous interventions in Afghanistan and Iraq that is applicable to the current fight against the so-called Islamic State in Iraq and Syria, it is that tactical military victory—however daunting a task—is the easy part. Far more challenging is achieving long-term strategic victory—an objective that has yet to be accomplished in either Afghanistan or Iraq. The achievement of long-term victory against the Islamic State requires not only a plan to militarily defeat the group, but a comprehensive strategy to diminish the underlying factors that would allow its next iteration to rise. Such a strategy must be farsighted and wide-ranging, focusing on the stabilization and reconstruction of the decimated territory the group currently controls. It must look well beyond military considerations, and concentrate on governance, economics, infrastructure, and social concerns.

In a statement following an April 13 meeting with top U.S. intelligence and national security officials at CIA Headquarters, President Obama reiterated that the U.S.-led coalition has made substantial gains in its efforts to combat the Islamic State. The statement comes alongside a string of recent Assad regime victories against the group in Palmyra and surrounding areas. Yet as the Islamic State continues to endure tactical military defeats in its core territory of Iraq and Syria, there is little evidence that the international community has placed proportionate focus on what happens after the group is rooted out. According to an April 12 Reuters report, the U.S. has spent approximately $6.5 billion on the military effort against the Islamic State since 2014. That compares to just $15 million spent towards stabilizing territory retaken from the Islamic State in Iraq. According to a recent estimate in Al-Monitor, rebuilding all the territory currently under Islamic State control in Iraq will likely require a total of nearly $60 billion.

Stabilization and reconstruction efforts in Syria will be an even more formidable task. Whatever form post-war Syria takes, maintaining peace and reducing the drivers of violent extremism will be a massive undertaking. The World Bank estimates the total cost of Syrian reconstruction will be in the range of $170 billion; the longer the war drags on, the higher that number will be. The scale of the devastation facing the country is unprecedented—even in comparison to post-World War II Germany. Under the Marshall Plan, the U.S. spent a modern-day equivalent of over $100 billion for the reconstruction of post-war Europe—a concerted, all-encompassing effort to rebuild all facets of the devastated European infrastructure, economy, and society that played out over decades. The reconstruction of Syria will undoubtedly require an even greater effort, and will suffer from significantly greater challenges in terms of balancing the demands of highly disparate rival rebel and loyalist groups.

Recent history in the Middle East demonstrates the myriad difficulties in translating military victories into lasting peace and stability. Thirteen years after the start of the Iraq War, with an asymmetric threat emanating out of Iraq and Syria and bleeding into the surrounding region and Europe, the cost of festering instability is enormous. While eliminating the near-term threat posed by the Islamic State is the preeminent global concern in Iraq and Syria, tactical victory against the group will not automatically translate into long-term strategic victory. A focus on the immediate threat without addressing the long-term challenges will do nothing to erode the factors that could drive the next generation of the Islamic State.